United Nations ILC in May 2017 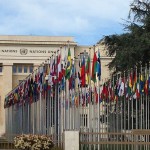 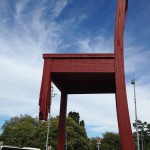 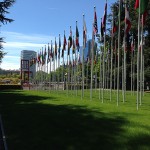 I was privileged to observe the first half session of the 69th session of the United Nations International Law Commission (ILC) from 1 May to 2 June 2017. I am grateful to have been able to witness several developments and clarifications of international law.

The 69th session is the first of the new quinquennium. While the US president decided to withdraw from the Paris Climate Accord on 1 June 2017, the ILC provisionally adopted draft guideline 9 as well as draft preambular paragraphs 3bis, 4bis and 6 on the protection of the atmosphere on 2 June 2017 (see A/CN.4/L.894).

Another development was the topic of crimes against humanity. The plenary of the Commission provisionally adopted a draft preamble, draft articles 1 to 15 and a draft annex on the first reading (A/CN.4/L.892), with a possible amendment of the provisionally adopted the draft preamble and/or draft articles in the discussion of the second half of the 69th session this July and August. The Drafting Committee did not have enough time to discuss the related issues of amnesty and immunity, as indicated in the statement of the Drafting Committee chairperson.

I was honored to draft the summary of the informal dialogue with atmospheric scientists on the topic of protection of the atmosphere. I am very grateful to the ILC Commissioner, Mr. Murase, of Japan for his kindness, scholarship and professionalism. I also thank the assistance offered by the other commissioners, diplomats and my university.